Trading stamp programs were popular for many decades. Their premise was to increase customer loyalty by the giving of stamps with each purchase which could then be redeemed for merchandise, either through program stores or by mail. Retailer affiliates purchased stamps from program providers to give to customers, usually at the rate of 10 stamps per dollar of merchandise or service purchased. Collected stamps were pasted into stamp saver booklets which, when filled, contained 1200 stamps.

Gift catalogs were published, usually annually, with sometimes nearly 200 pages featuring a wide variety of merchandise from which to choose, along with the number of fully or sometimes fractionally-filled books of stamps required for each item.

Merchandise ranged from everyday housewares, toys and recreational gear to luxury items including jewelry, furs and even automobiles.

S&H Green Stamps and Top Value Stamps are the two programs with which most are familiar, but Pyrex items were offered by others such as E.F. MacDonald Plaid Stamps and Blue Chip Stamps as well.

In the 1960s and early 1970s, in addition to limited selections from standard patterns, special versions of certain Pyrex pattern collections were available through the various trading stamp redemption gift catalogs. Included were alternate versions of Town & Country and Verde, both marketed contemporaneously with the Standard versions.

Certain bowl and casserole sets in standard patterns but non-standard colors or schemes were also exclusive to stamp redemption programs. They included:

Costs were further reduced by packaging in plain cardboard cartons with black printing, as opposed to the colorful graphics of the regular retail packaging.

Stamp program Pyrex items can be identified by the inclusion of "SP" in the item numbers printed on their cartons.

Some items typically seen categorized as Pyrex promotional items were trading stamp program exclusives, which likely explains their apparent absence from Corning catalogs and national print advertising. Such relatively limited distribution might also explain why those items are now among the more rare and hard to find as Pyrex collectibles. 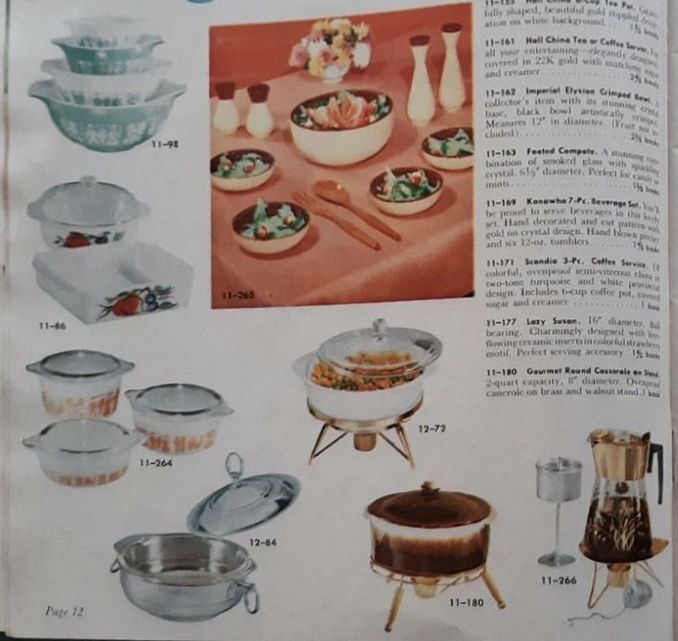 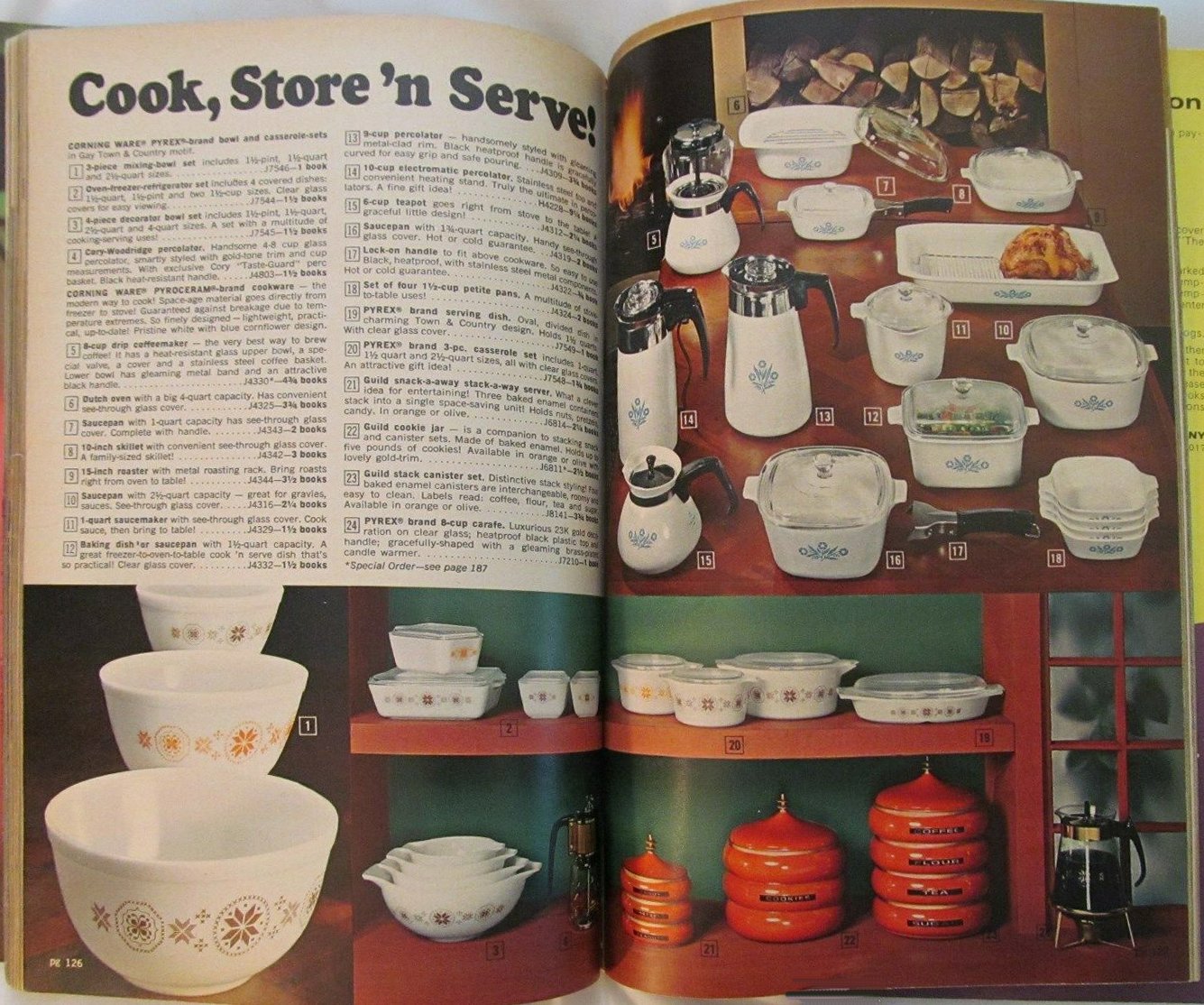 Available through the S&H Green Stamps gift catalog alongside standard version Town & Country 300 and 500 sets. Standard versions of T&C oval casseroles and a 480 set were also offered in this catalog. 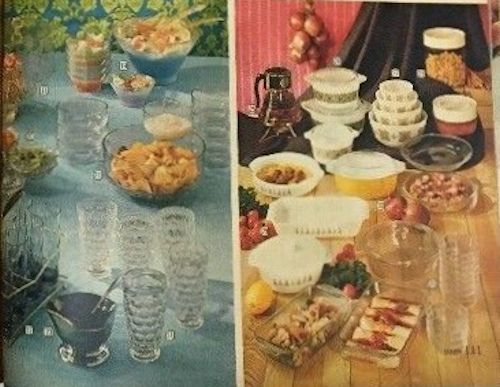 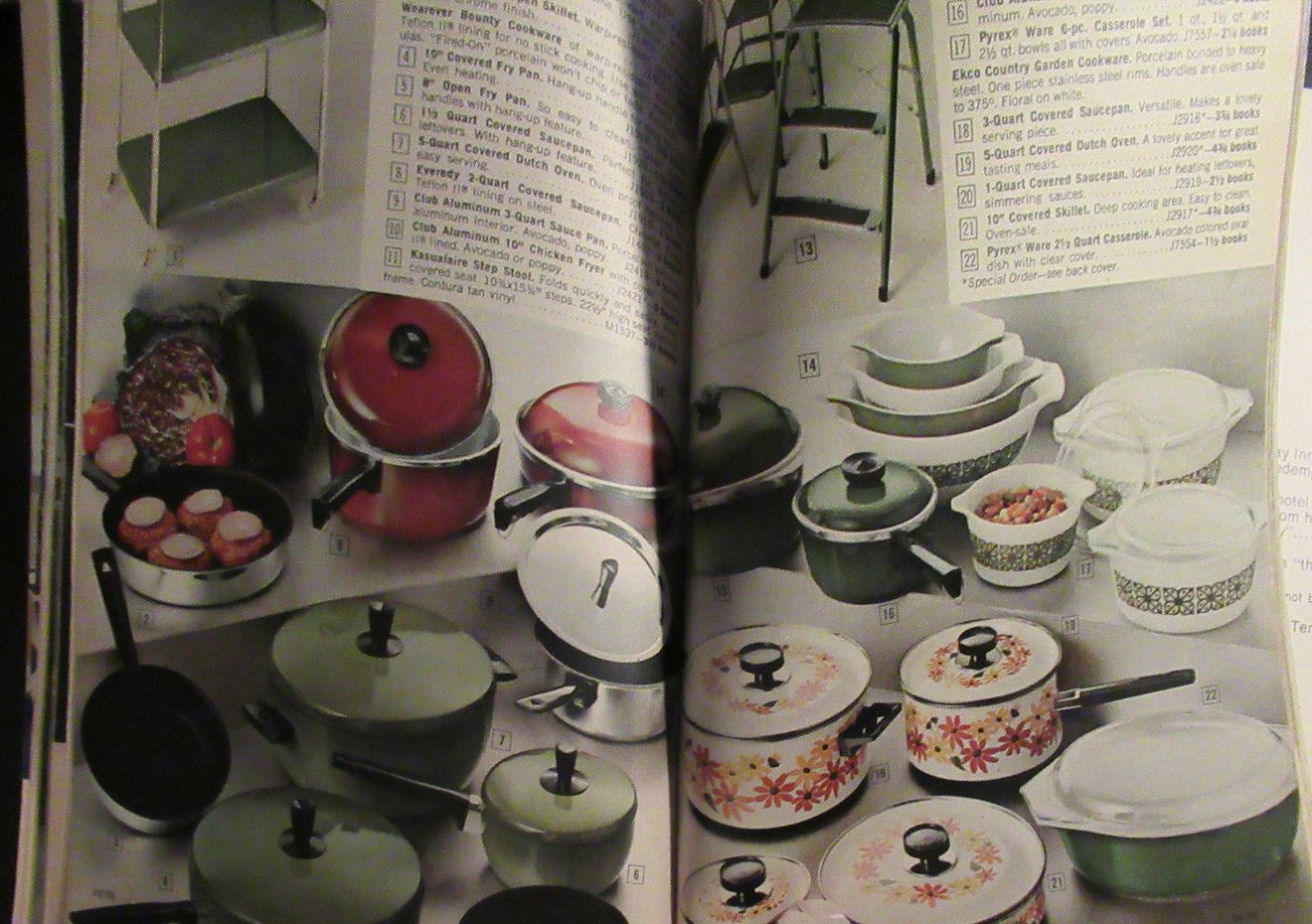 With a motif borrowed from the earlier Autumn Floral pattern, Verde Floral was available in a variety of sets and pieces through S&H Green Stamps, Top Value Stamps and others. Included were the 300, 440, 480 and 500 sets; and 043, 045 and 063 oval casseroles. An 024 and a 404 were offered with knob top lids and mounter cradles.

The set of bowls next to the Cinderella 480 set in the top photo are Anchor Hocking "Dutch Clover". The similarity to the Verde Floral motif may be how the Pyrex pattern came to also sometimes be called that by collectors. 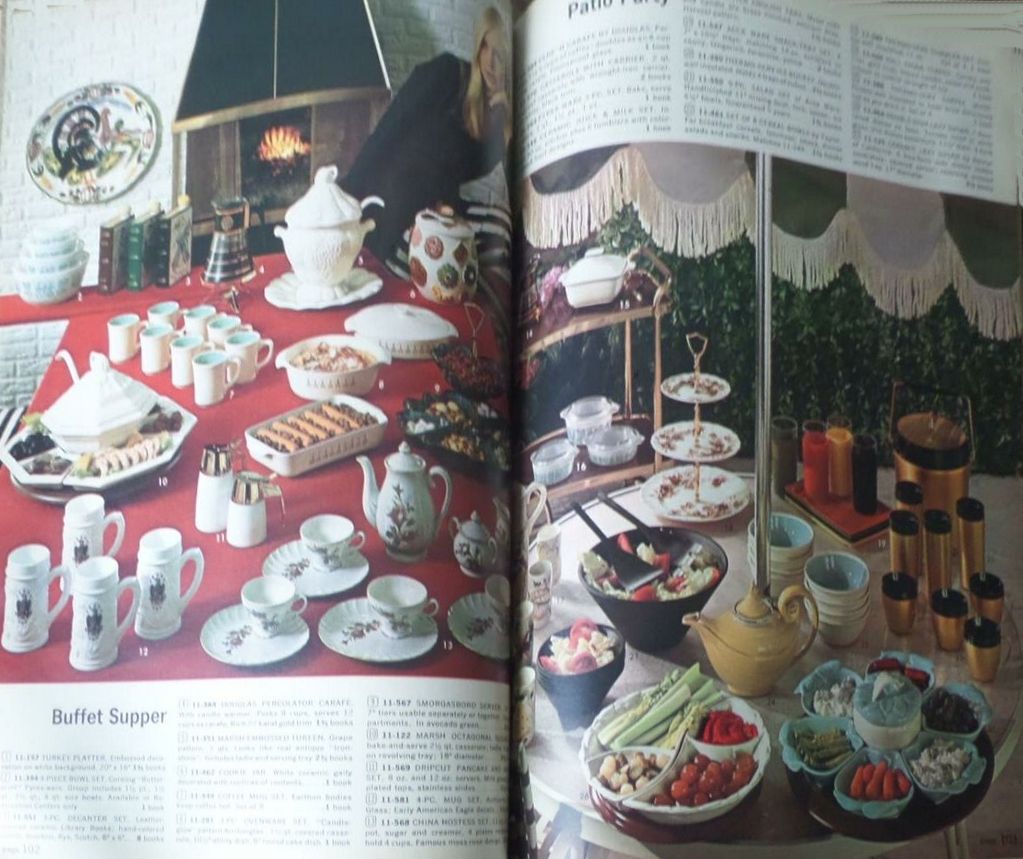 The 1967 Top Value Stamps catalog featured the 400 round nesting bowl and 470 Cinderella round casserole sets in all turquoise on opal. Ordinarily, only a 3-bowl #300 set was marketed through standard channels, and the 471 and 473 included in a standard 470 set were white on turquoise. 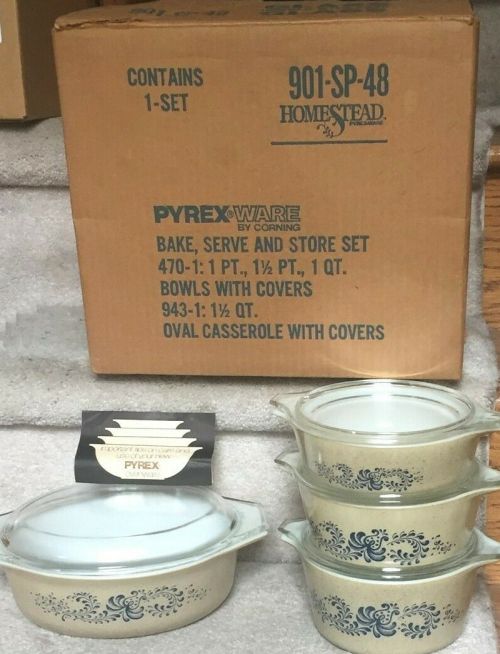 A 901-SP set comprised of a 470 Cinderella round casserole set and an 043 oval casserole was offered in various standard patterns including Spring Blossom Green and Homestead (note the clear lids and decorated 471).